Last week I got to mark an item off the bucket list! I have always been enamored with furnishings and lifestyles of the past and therefore have been interested in historic home tours. The homes that I visited in Natchez, Mississippi were absolutely breathtaking! In this post I am reviewing 4 amazing historic homes located in the beautiful antebellum town of Natchez.

The construction of Longwood started in 1859. The home was planned to be a 32 room establishment owned by cotton planter Dr. Haller Nutt, but construction was halted at the beginning of the American Civil War, never to be completed to this day. 160 years later, there are only 9 completed rooms however, the preservation of this half-built home is absolutely breathtaking.

The architecture of Longwood was inspired by Sloan’s “oriental villa” as it appeared in his 1852 book, The Model Architect. The house has an octogonal style and pillow domed bell tower which gives it the oriental appeal. In 2010, the home was used in the filming of True Blood as Russell Edington’s, king of the Mississippi and Louisiana vampires, palace.

As mentioned earlier, only the first floor was completed. Below are images of the second floor and tower as they were during construction over 160 years ago.

Commissioned by Peter Little, this home was completed in 1823 on the land of an old 1716 french fort named Rosalie. Even though they never had children, Peter and his wife Eliza helped to found the Natchez Children’s Home, in which many of those orphans would come to call Rosalie their forever home.

At the age of 60, Eliza died of yellow fever with Peter following in death three years later. Without a valid will, the home was put up for auction. The Daughters of the American Revolution now own the establishment and open the doors for daily tours and events.

This beautiful home served as the headquarters for the Union army during the Civil War. While occupied by a general of the “opposing side”, almost every piece of furniture was kept in pristine condition and still remains in the home today.

While Dunleith was completed in 1856, this beautiful property has several historical buildings dating back to 1790. The 12 room Greek revival style home sits on 40 acres and includes a carriage house (now The Castle Restaurant), dairy barn, poultry house, and a courtyard building that once served as the kitchen, laundry, and slave quarters.

After Routhland, the original home built in the 1790’s on this land, burnt down due to a lightning strike, the Rouths built the current structure which you see in the photo above. In 1858 the original family of Routhland sold the home for $30,000 (equivalent to $848,538 today) to Alfred Davis who renamed the property Dunleith.

This establishment was commissioned by John T. McMurran to be built in 1848 after a tornado ravish Natchez and destroyed their home. The McMurrans named the home Melrose after Melrose Abbey, one of their favorite places in Scotland.

Hurting financially after the Civil War and grieving the death of his daughter, Mr. McMurran sold the property to Elizabeth Davis, wife of a prominent attorney. The Davis’ had many properties and as a result, the home sat nearly vacant for almost 4 decades. Former slaves, Alice Sims and Jane Johnson looked after Melrose taking turns sitting on the front porch with shotguns manning their posts. They are accredited for keeping this historical monument in pristine condition.

One of the most notable things about the Melrose home is that it had in door plumbing. One of the very first “in home” bathrooms can be seen in the photo above.

Did you notice the big wooden fixture hanging from the ceiling in the dining room? You saw this as well in the Longwood home. It is actually the world’s largest fly swatter! In all reality, in those days someone would stand at the wall and slightly tug on a rope that was attached to the wooden fixture in order to fan the flies and other pesky insects away.

I hope you enjoyed this little tidbit of history. I had the most amazing experience during my antebellum historic home tour in Natchez, Mississippi! If you love historic properties, Natchez is the town to visit. There are so many southern homes to tour that I could not do them all in a weekend! I am hoping to get back so that I can add more amazing establishments to the post. Stay tuned!

Planning the Second Half of 2018

How to Dress Dsney Princess While Pregnant

How to Go Retro Disney Fashion

My name is Alexandra and I am a single mom and entrepreneur from Memphis, Tennessee! I fill my days pursuing the dream of being my own boss as a boutique owner, published fashion stylist, brand developer, and blogger, while spending my nights playing superheros, bathing kiddos, making dinner, and tucking in my littles.

This site uses Akismet to reduce spam. Learn how your comment data is processed. 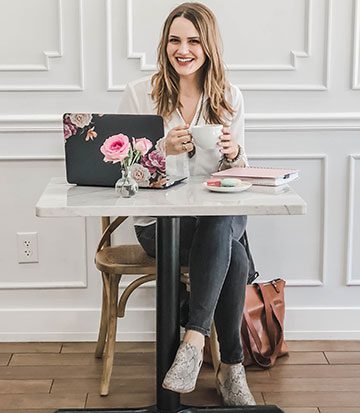 I am a single mom and entrepreneur from Memphis, Tennessee. I fill my days pursuing the dream of being my own boss as a boutique owner, published makeup artist and fashion stylist, brand developer, and blogger; and spend my nights playing superheros, bathing kiddos, making dinner, and tucking in my littles. Read More...

Want to stay updated on all that is happening over here on City Chic Living Blog? Kindly drop your email below.